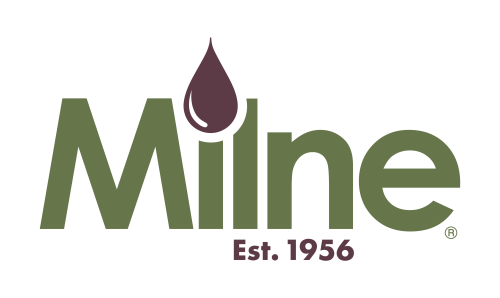 The Darmstadt, Germany-based Döhler Group and Milne Fruit Products, Inc. located in Prosser, Washington, are pleased to announce the strategic partnership with the formation of the Company Döhler – Milne Aseptics, LLC.

The focus of the new company, Döhler-Milne Aseptics, is offering the US Food- and Beverage customers integrated solutions in particular juice blending and compounding services in both aseptic and non-aseptic quality.

Döhler is a leading international developer and producer of fruit juice concentrates, fruit preparations, blends, compounds, ingredient systems, flavours, emulsions, citrus extracts, and colors for the Food and beverage industry. Döhler is a family owned company, founded 1838 and has its headquarters in Darmstadt, Germany. Its international development began in the 1980’s with subsidiaries in Russia, Poland, the Czech Republic, Dubai, India, China, Brazil, and Mexico and in many other countries. Today the Döhler company has customer relationships in 130 countries and has 17 production and application centers worldwide.

Originating in the mid-1950’s as a sourcing facility for Kraft Foods, it was operated by Kraft into the mid-1970’s, at which time it was acquired by Mr. Ray Milne and a group of investors; the name change was made at that time. In 1985, Ocean Spray Cranberries acquired Milne and operated it as a wholly-owned subsidiary of Ocean Spray until 2004 when it was acquired by Wyckoff Farms, Inc.

Milne today has experienced significant growth and industry stature. The Company employs 70 employees, has a broad customer base, and is well-established in both the U.S. and Pacific Rim. Milne operates year-round from either fresh or frozen raw product and specializes and converts these fruits to juices and purees. The company is vertically integrated with Wyckoff Farms on several fruits including blueberry, red raspberry, Concord grape, blackberry, and watermelon which Wyckoff Farms grows and Milne processes. Through its newly-established Milne Extracts and Nutrition Division, Milne offers extracts of various fruits to the food additive and dietary supplement arenas.

Mr. Dave Wyckoff, President of Wyckoff Farms and CEO of Milne, and Mr. Randy Hageman, President and General Manager of Milne, have expressed their excitement over this new partnership which will enable Döhler–Milne Aseptics to service the industry in the U.S., Pacific Rim, and elsewhere with high-tech beverage, dairy, and food ingredient blends and compounds using aseptic packaging in accordance with global developments and new consumer trends accessible via the Döhler international Network.

“The cooperation between Milne and Döhler will bring mutual benefits to both partners and will strengthen the activities of both companies in the U.S., Pacific Rim, and elsewhere,” said Roman Kupper, Executive Director for Döhler.